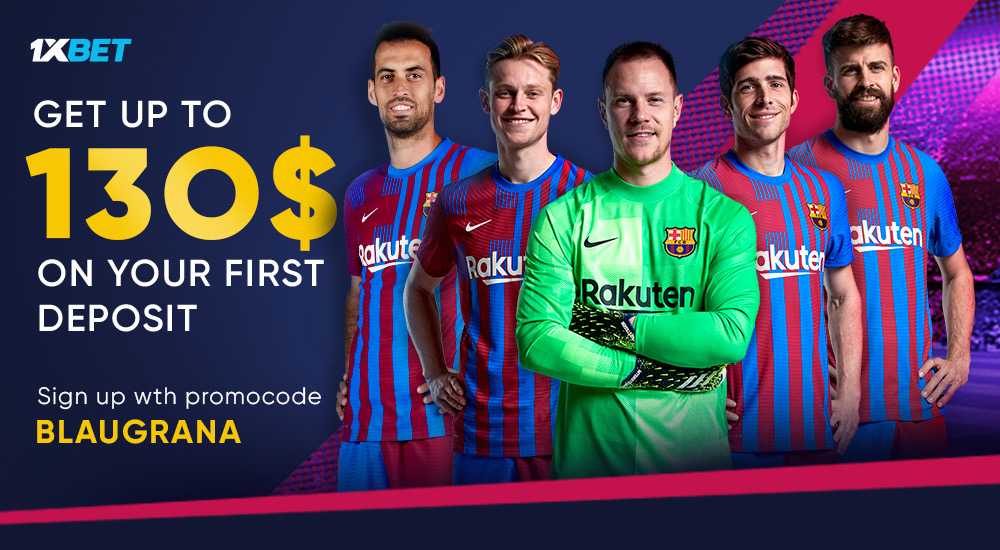 By Andy Brown and Steve Menary

1XBet owes millions of euro in unpaid taxes and winnings according to a court case being brought against the controversial online betting company. The Russian-owned operator has also been booted out of Ukraine after providing false information to its gambling regulator, and a pledge to donate 1 million euro in humanitarian aid to the war-torn country doesn’t appear to have arrived.

Despite previously being declared bankrupt by Curaçao, the Russian company agreed a three year deal to become the French Ligue 1-club Lille’s African betting partner last month. It also sponsored the SBC betting summit in Barcelona at the end of September, and organises the BEON1X dance music festival which recently took place in Cyprus.

1XBet has also been kicked out of Russia and Ukraine, and an investigation forced its exit from the UK market. Yet despite the legal, financial and moral questions that surround the controversial operator, it still holds sponsorship deals with FC Barcelona, Italy’s Serie A, Olympique Lyonnais, Paris Saint-Germain and the Confederation of African Football (CAF).

Defrauding victims
The case against 1XBet has been brought in Curaçao by the Foundation for Representation of Victims of Online Gaming (SBGOK), which represents a group of bettors alleging they have not been paid.

Why Curaçao? Because that is where 1XBet holds a licence.

A Curaçao court first ruled against parent company 1XCorp last year. An appeal was dismissed by a Curaçao court on 6 May and 1XBet was declared bankrupt in June, according to court documents obtained by Josimar.

A local lawyer, Arend de Winter, was appointed to manage the bankruptcy proceedings, but court documents obtained by Josimar after the case came to court last week indicate that the betting company is refusing to cooperate.

“Questions are evaded and promises are not kept,” wrote de Winter in the court documents (originally in Dutch). “The curator cannot avoid the impression that there is wilful opposition. Since the bankruptcy, the 1XBet gambling sites have changed owners several times, while 1XCorp is all still reported as an ‘operator’.

“At the time of the bankruptcy 1XBet was owned by 1xCorp. Fraudulent games are played, literally and figuratively.”

According to Arend de Winter, the only documentation he has been by 1XBet was a single license agreement. The bankruptcy is limited to Curaçao but 1XBet’s complicated corporate structure means that the company does not even have a bank account in the Dutch overseas territory according to submissions in the court documents.

Arend de Winter added: “As far as is known, there is no bank account in Curaçao and in view of the territorial limitations of the bankruptcy, it will have to be considered on a case-by-case basis whether foreign accounts can be included in the estate.”

When SBGOK started the claim, the players it represented alleged that they were due a total of 1.6 million Netherlands Antillean guilders (roughly 830,000 euro) in winnings. Some of these winnings were in crypto currency, which has declined in value since the case began.

The court documents list claims by 17 bettors represented by SBGOK and three other players who have approached the bankruptcy trustees individually. The total now claimed in the court documents is 750,000 euro comprising 265,250 plus 37,660 plus money claimed in crypto assets including, 10.7 bitcoin and 161 ethereum.

Since the case began, more than 200 new players alleging lack of payment by 1XBet have approached lawyers behind a class action in Russia, where the company was banned from operating in 2014. SBGOK has also been approached by new claimants.

1XBet also owes 2.3 million Netherlands Antillean guilders (approximately 1.3 million euro) in unpaid taxes to the Curaçao government according to calculations by the bankruptcy trustees included with the court documents.

The court documents also allege: “The gambling websites of 1XCorp, that there are probably thousands, do not only focus on licensed areas, but also on a large scale in unlicensed markets. 1XCorp takes the cake with the number of ‘blacklisted’ websites, approximately 1,800. So, there are large-scale illegal activities outside Curaçao.”

1XBet was fined by the Dutch Gaming Authority in 2019 for illegally offering gambling on approximately 83 gambling sites on the Dutch market.

In October 2021, a criminal investigation by the Russian tax authorities into the conduct of 1XCorp in Russia led to a three-year prison sentence and an 11,200 US dollars fine for manager Olesya Mospanova. This sentence was reportedly suspended as Ms Mospanova had a young child.

Despite being banned in Russia, an investigation by prosecutors in the Bryansk region of Russia, where 1XBet’s founders originate, claim the company made more than 63 billion roubles from illegal online betting between 2014 and 2019.

Russian arrest warrants have been issued against the ultimate beneficial owners of 1xCorp, Dmitry Kazorin, Roman Semiokhin, and Sergey Karshkov, who have all reportedly fled to Cyprus. A Josimar investigation unearthed a string of ghost offices.

Arend de Winter says his calls for 1XBet’s licence to be taken away by the master licensee Cyberluck have fallen on deaf ears. He concluded: “Since the bankruptcy, the activities have continued as if nothing had happened. The curator has requested the master licensee to revoke the sub-license. They have not obeyed.”

Kicked out of Ukraine
On 7 September, Ukraine’s Commission for the Regulation of Gambling and Lotteries (KRAIL) reversed a previous controversial decision to approve a licence application from TBK LLC. It announced that according to information provided by Ukraine’s Bureau of Economic Security (EBSU), ‘incorrect information’ was submitted as part of the original application.

The EBSU had been ordered to examine KRAIL’s awarding of the license to TBK. An investigation by InformNapalm alleged that Boris Petrovich Baum (Борис Петрович Баум), Deputy Chairman of KRAIL’s Advisory and Expert Council, had been involved in facilitating 1XBet’s entry into the Ukrainian market via TBK.

‘Incorrect information was found in the documents submitted by the entity for obtaining the licence, namely the information indicated in the letters of TBK LLC, that the relevant Society does not act in the interests of residents of foreign states that carry out armed aggression against Ukraine, and/or actions of which create conditions for the emergence of war conflict and the use of military force against Ukraine,’ read a KRAIL statement.

TBK stands for ‘Твоя беттінгова компанія’, or Your Betting Company in English. The company was registered in June 2021, according to YouControl. KRAIL’s 7 September decision reversed a previous approval of TBK’s application. Decision 117 of 30 March, taken during the early stages of Russia’s invasion of the country, granted TBK a licence to operate 1xbet.ua under the 1XBet brand.

Why did KRAIL change its mind? Public outrage certainly played a part. But following subsequent events, this outrage turned to anger.

A video emerged, in which a bearded man surrounded by 1XBet cronies raps “The boys from Azov [a Ukrainian regiment] were sitting in the kindergarten,” and alleges that “Ukrainians bombed old men and children.”

A successful petition followed which amassed over 25,000 signatures in a month, and President Volodymyr Zelenskiy instructed Prime Minister Denys Shmyhal to act. InformNapalm’s allegations were supported by Peacemaker, a Polish non-governmental organisation highlighting crimes that threaten the national security of Ukraine.

‘Boris Baum helped establish contact between [Roman] Semiokhin, [Sergey] Karshkov and Mykhailo Spektor, and now the latter is responsible for the success of 1XBet in Ukraine and promotes the interests of the Russian founders of the project,’ writes Peacemaker. ‘For the work, Spektor engaged Serhiy Tsybin as the nominal owner and head of the legal entity ‘Your Betting Company LLC,’ [TBK] which was supposed to receive a licence under 1XBet. The licensing process was handled by lawyer Serhiy Tarasyuk. Spector had Baum’s support in KRAIL. In order to advance the issue of the licence for 1XBet to KRAIL, Boris Baum said that, having received the licence, they undertake to buy military OVDP bonds for 500 million Ukrainian hryvnia (approximately 1,4 million euro). And it worked.’

On 2 August, KRAIL announced plans to disband the Advisory and Expert Council, dismissing Baum from his post. Yet as late as 27 August, KRAIL still denied any link between TBK, 1XBet and Russian State aggression.

‘As of today, [KRAIL] has not received a single confirming document from the competent State authorities regarding […] connections between TBK LLC, the brand owners of 1XBet, and state aggression,’ read a statement (below). ‘Notwithstanding, revocation of licences without proper verification would be considered a violation of law by KRAIL.’

However, 1XBet’s promise to donate one percent of all bets placed in Russia to ‘Russian heroes who were injured while participating in a special military operation in Ukraine’ is likely to leave a further sour taste in the mouth of Ukrainians*. This is the same language used by the Russian State in order to legitimise its invasion of the country.

As is a promised a 1 million euro donation to Ukrainian humanitarian relief organisations. Because it appears that money has not yet arrived. There is nothing wrong with supporting humanitarian efforts on both sides during a war. But only if you deliver.

Pledge, donation or fraud?
In March, 1XBet sent out a press release entitled ‘1XBet donates one million euro to Ukrainian humanitarian relief’. However, the text of the statement, which was widely covered by the gambling industry media, revealed that the money was a pledge and not a donation. ‘Further details regarding the 1 million euro pledge will be announced in due course,’ it concluded.

Josimar contacted just under 30 humanitarian organisations working in Ukraine to ask if they had received a donation from 1XBet. Ten replied that they hadn’t received any such donation, and others were not able to confirm or deny any such donation.

Some who responded were angry. “Awful! The cynicism of it all is appalling,” said one charity. “We have never even heard of them,” said another. “Also, they would not pass our ethical criteria for prospective funders.”

“I can’t speak for our member charities about whether they were approached,” said another organisation that represented over ten charities working on providing humanitarian relief in Ukraine. “Although I think it’s unlikely they would have accepted it without us hearing about it.”

One charity pointed out that many donations are made anonymously. However as indicated by 1XBet’s press release, one might expect a major PR push once the donation was made. Perhaps stung by its ejection from Ukraine, 1XBet never did publish further details about its 1 million euro pledge. Questions posed to the gambling operator by Josimar went unanswered*.

Sex sells and old habits die hard
“Everyone felt good when Eva Elfie became the new ambassador of 1XBet,” reads an advert (below) posted by 9 Pandas. Josimar discovered the advert via the VKontakte profile of Sergey Karshkov, the owner of the advertising agency. Karshkov is also one of the founders of 1XBet.

1Win’s affiliate page on Instagram reveals that it is specifically targeting Brazil and India. Leaving the legal questions aside, both online gambling and pornography are taboo subjects in Indian society. By using pornography to promote a service that has a specific domain targeting the Indian market, it could be argued that 1Win is sailing in choppy waters.

1XBet did not answer questions from Josimar, and appears to be ignoring the growing crisis*. So are the football clubs, leagues, and organisations that continue to take their sponsorship money and feature their logos.

* On 29 September, after this article was published, 1XBet said it was examining if the promised 1 million euro had been donated to Ukrainian humanitarian causes. It described evidence that it had promised 1 percent of all bets placed in Russia to ‘Russian heroes who were injured while participating in a special military operation in Ukraine’ as ‘false information. 1xBet has not and would not donate to any military related causes anywhere.’