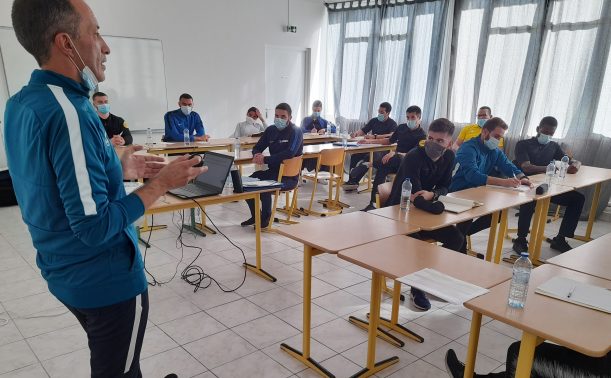 In July 2022, the French Football Federation (FFF) terminated the contract of Daniel Galletti, head of referees in Paris, without giving any reason. He was removed for sexual blackmail and sexual harassment of underage referees.

Following Josimar’s investigation into FFF and FFF president Noël Le Graët’s cover-up of cases of sexual abuse spanning 40 years, including abuse of underage players, several persons reached out to tell us about Daniel Galletti, the former president of the referee’s commission for the league of Paris-Ile de France. “He was the one who could help you rise to the next level”, confirmed several referees.

“It was well-known”, a victim of his sexual blackmailing told Josimar. “He carefully chose the referees he could try to drag into his game. If you took the bait, he would start to offer you some stuff. As a referee, you want to whistle big games. For that, you need good marks. Galletti could provide us with good marks and recommendations to go higher. But it was under conditions.”

Other witnesses came forward to Josimar to tell similar stories. “He loved when your penis was without any hair”, says one. “He was honestly a poor guy. He was crazy. When we finished our game, he loved to stay to see us in the shower. It was uncomfortable.”

Alerted of his behaviour and his removal from the league of Paris-Ile de France, the FFF summoned a meeting to ratify his case. In presence of two members of the executive committee (Eric Borghini and Pascal Parent), the French Football Federation removed Galletti on 12 July without providing the reason, as shown in an internal document.

We asked The FFF, the league of Paris-lle de France and Daniel Galletti to comment, they have not replied.