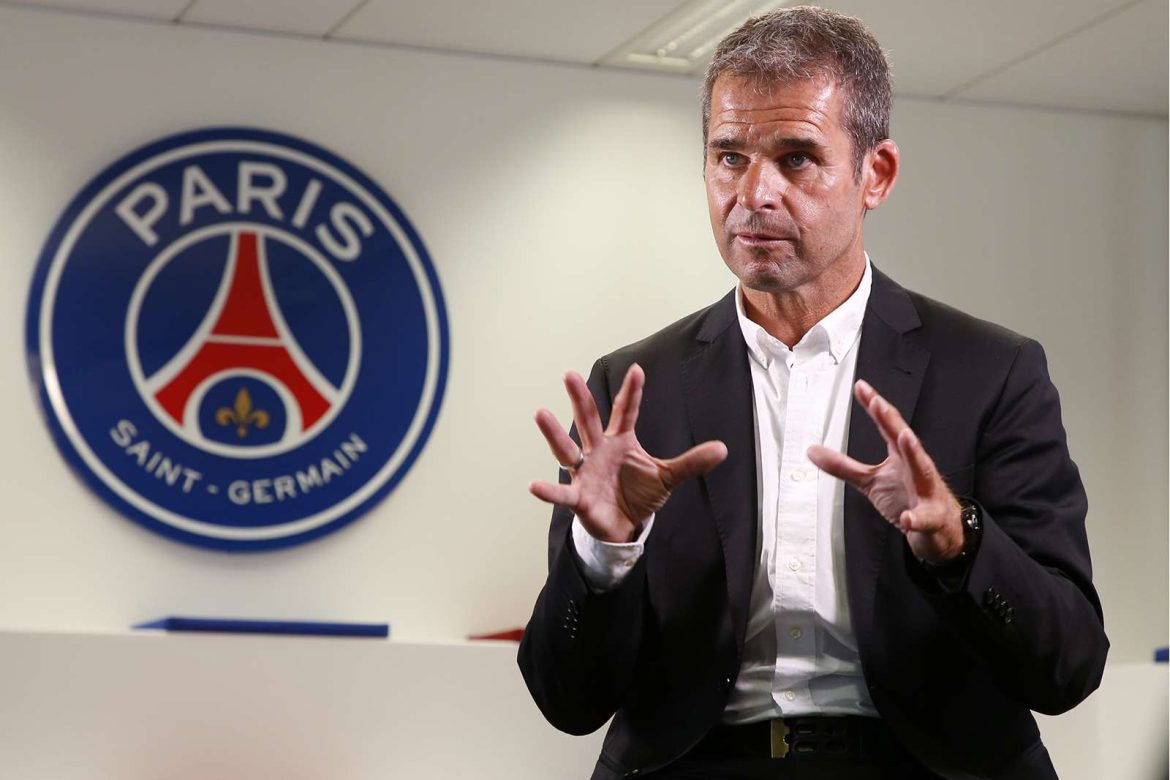 Didier Ollé-Nicolle, the coach of Paris Saint-Germain Féminine, was accused of moral and sexual harassment of an underage player. Warned about it six months ago, the club didn’t take any action until the news spread on social media which led to Ollé-Nicolle’s provisional suspension.

In the middle of the last preseason, a 17 year-old player complained about inappropriate comments by her coach, Didier Ollé-Nicolle, who also allegedly touched her bottom. “It was a little bit shocking, honestly,” several first team players confirmed to Josimar. “It happened during our trip in the United States, but it didn’t make much noise at the time.”

In December, the father and the agent of the player attended a meeting with the sporting director Ulrich Ramé, the coordinator Sophie Perrichon and coach Didier Ollé-Nicolle. Discussing the player’s future, her father raised the matter of harassment, trying to contain his anger. Ollé-Nicolle told him that his daughter “didn’t understand what he had wanted to say.” On the other side of the table, Ulrich Ramé and Sophie Perrichon didn’t ask for more details, but told the coach to be a little more cautious.

However, on Monday night, shortly after a video made by the author of this article mentioning the case, a French journalist, Tiffany Henne, wrote about it on Twitter along with other allegations – that Ollé-Nicolle in fact had insulted several players. 24 hours later, PSG held a crisis meeting that led to the provisional suspension of Ollé-Nicolle and announced they would conduct an internal investigation. A majority of French media outlets published the news with some details provided by the club. The problem was, these details aren’t accurate.

“You want to be spanked!”
Crowned champion for the first time in its history last season and semi-finalist of the Champions League, PSG was full of ambition before the 2021/22 campaign. With a new coach, a new sporting director and a squad renewed by several arrivals and departures, the team was going to Kentucky to play the Women’s Cup in August for a preseason tournament
After arriving in the US, the players were immediately surprised by Didier Ollé-Nicolle’s communication. “He was making stupid jokes but we thought he needed to adapt to a new environment,” a player told Josimar. “He was a ‘beauf’ as we say. But nothing more.”

In Louisville, PSG played Bayern Munich and Chicago Red Stars, finishing third in the Women’s Cup. During the trip, Ollé-Nicolle’s attention was directed towards one player who was underage at the time.

During the preseason tour, he allegedly touched her bottom. “We saw he was very, very close to her, that’s true,” a member of the club acknowledged. “But nothing more. We didn’t pay much attention as the girl didn’t speak about it.”

When the team came back to Paris, Ollé-Nicolle changed his attitude towards the player. According to several members of the first team, the coach was cruel towards the teenager, criticising her all the time. “It was a brutal change, yes. But we didn’t ask any questions because we didn’t know what had happened.”

Crisis meeting
In September, a first meeting was organised between the agent, the father and the director Ulrich Ramé to talk about the future of the player. Nothing came out of it. Later that autumn, when the teenager couldn’t endure it any longer, she told her family about the incidents. Depressed, the girl only told some of her teammates months later. “The coach humiliated her and now we know why,” a player says.

During Josimar’s investigation, all the players from the first team acknowledged Ollé-Nicolle behaved “terribly” towards the young girl. “I wonder if he was taking revenge, but that was crazy. One day, he told her directly :’You’re playing shit!’ The other day, we were chatting. He only blamed her, saying :’And you asked why you’re not playing ?’ He didn’t act the same way with the rest of the squad.”

Didier Ollé-Nicolle was first supported by the club’s hierarchy after the news spread internally. The sporting director, Ulrich Ramé, didn’t take any action, nor did Sophie Perrichon, the coordinator. Warned in January, Jean-Martial Ribes, the right-hand of Nasser Al-Khelaïfi and head of communication, didn’t do anything either.

The reason? The club didn’t want any further noise after the Kheira Hamraoui case, the French international midfielder that had been physically assaulted in November.

Several of her teammates were interrogated by the police. Fellow international Aminata Diallo spent 48 hours at the police station, before getting released without any charges, after Hamraoui’s claims. Obviously, the dressing room imploded. Sandy Baltimore and Hamraoui even fought during a training session and Hamraoui’s lawyer wrote a letter accusing three players (Aminata Diallo, Marie-Antoinette Katoto and Kadidatou Diani) of morally harassing her client.

Eliminated against Lyon in the Champions League semi-final, PSG lost to Lyon 0-1 at home, which meant that the visitors were crowned league champions for the 15th time. “You couldn’t imagine how broken the women’s section is,” a member of the PSG staff says.

Two other players complained
French media outlet RMC published a big story about the case this Tuesday, saying Ollé-Nicolle had made a ”clumsy gesture” and that the club had opened an internal investigation at the time by collecting witness statements. “As conclusion of the investigation, PSG, in agreement with the entourage of the player, decided to not sanction anyone, keeping in mind the clumsiness of Didier Ollé-Nicolle,” wrote RMC, who also spoke about the apologies made by the coach in front of the squad. However, according to every person consulted by Josimar, Ollé-Nicolle never apologised. And there hasn’t been an internal investigation. “They just want to cover their backs by making the public believe they did the right thing,” notes an internal source.

On Tuesday morning, before training, the coach and the sporting director gave a speech to the players. Ollé-Nicolle assured he had been misunderstood by the teenager whereas Ulrich Ramé thought it was “weird” that the journalist mentioned the matter just before the game against Lyon. Briefly, he told the players to focus on their next game.

However, Jean-Martial Ribes, right-hand of Nasser Al-Khelaïfi, came with Sabrina Delannoy, a former player now working as assistant director of the PSG foundation. They organised a meeting with four senior players in order to understand what happened. During the conversation one of them confirmed everything, whereas the teenager and her father were received in Bougival, the training centre for  PSG’s women’s team.
Shortly after, Ollé-Nicolle was summoned by the human resources department and was suspended temporarily pending a proper internal investigation. At the same time, two other players complained about inappropriate behaviour from the coach.

For the match against Lyon, Ollé-Nicolle was replaced by one of his assistants, Bernard Mendy. Mendy has no idea if he will continue as the coach. The club has already started negotiations with Gerard Prêcheur, Lyon’s former manager.

PSG declined our request for an interview, and has not replied to our written questions.