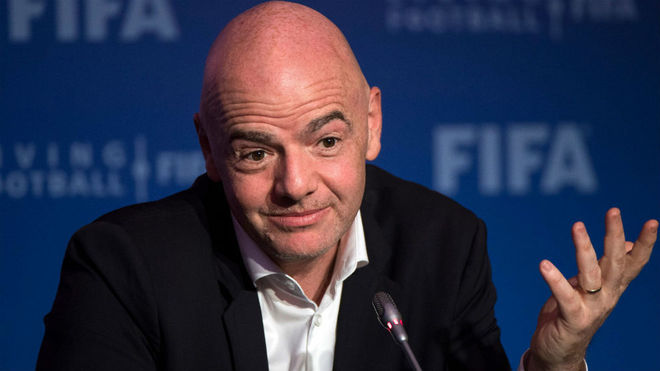 How to make money on your reserves of liquidity when you are a not-for-profit organisation and operate in a country where the interest rates are negative? The answer, for Fifa, is to start banking.

Such is Fifa’s problem: should the governing body deposit its huge reserves of cash – 1.4 billion Swiss francs at the end of 2020 – in a normal Swiss bank account and leave them there, it’d end up losing millions, as Switzerland has the world’s lowest interest rate, at minus 0.75 percent per annum. In Switzerland, if you have money in your bank account, you are penalised for it. So, what to do?

One ingenious – but highly controversial – solution to this rich man’s conundrum is, paradoxically, to lend as much of this cash as possible, which is exactly what Fifa has been doing, by offering loans of a minimum of 5 million Swiss francs to a number of Swiss local authorities, as was recently uncovered by Christian Mensch, a journalist for the Luzerner Zeitung.

Now, how does this work? After all, Fifa, when it lends money to these local authorities, will have to pay them interest, as is the rule in any country where the interest rates are negative: according to the Luzerner Zeitung, between 0.4 and 0.7 percent, depending on the fluctuations of the market rate. When, for example, the municipality of Frauenfeld, the capital of the canton of Thurgau, needed some ready cash and launched a tender on financial platforms, it received no fewer than eight bids from Fifa, to the surprise of its mayor Anders Stokholm. Frauenfeld took on the offer, and made a profit of 62,750 francs from the three short-term Fifa loans it secured.

In these conditions, it is not surprising that a number of other town councils did the same. The list of ‘clients’ who borrowed from this unusual banker is a long one, and the sums involved are considerable. Zumikon, for example, a municipality from the canton of Zürich, came to Fifa for three loans of 10 million francs, as Frauenfeld had done. Bigger local authorities borrowed even more: Winterthur asked for and got 60 million, Bern 75 million. Luzerner Zeitung asked Fifa to provide a figure for the total amount which had been loaned in that fashion, something which the governing body said it couldn’t do; so the journalist sat down with Fifa’s annual reports and made his own calculations. In 2020, these loans amounted to 326 million Swiss francs and if this sounds like an awful lot, in 2018, the total was 648 million francs or more than 700 million US dollars.

The catch
That these local authorities chose to benefit from Fifa’s largesse is no surprise, as they stood to make money from accepting its offer. But there is a catch, as there’s bound to be. If Fifa lends Swiss francs, Fifa banks in US dollars. Five years ago, one Swiss franc was worth 0.99 US dollars. Today, it is 1.09 US dollars, an appreciation of close to 10 percent over that period, having reached a top rate of 1.14 dollars in January 2021. Fifa might have lost some money by rewarding its loanees, but made more by playing the currency market, as each transaction was hedged. Each transaction was a bet.

The mechanism, apparently the brainchild of Fifa’s Chief Finance Officer Thomas Peyer, who was appointed by Gianni Infantino in September 2016, is simpler than it seems at first sight. Fifa first exchanges its US dollars for Swiss francs in order to loan to the local authorities in the country’s currency. When the loan is paid back in Swiss francs, Fifa then converts it back to US dollars; and if the US dollar has fallen against the Swiss franc, which it has done for a considerable time (though not over the past few months), Fifa makes money, rather a lot of it.

This mechanism is not illegal, which does not mean it is not the subject of debate in Switzerland itself. This very unusual arrangement recently made the news when the elected representatives of the Basel suburb of Allschwil refused to benefit from the proceeds of such a loan, and passed them on to a local charity, wanting nothing to do with the scandal-ridden organisation.

Moreover, if Fifa pays taxes on its profits, using this trick extensively as it has done cannot fail to irritate the Swiss authorities, which have been spending billions to buy euros and dollars to try and fight the dramatic rise of their own currency on the markets and the negative effect this rise has had on the country’s economy. Fifa has basically been gambling against the government of the country where it operates, something which will hardly improve the relationship between world football’s governing body and the Swiss state, whose judiciary is still looking into Gianni Infantino’s and Fifa’s affairs.