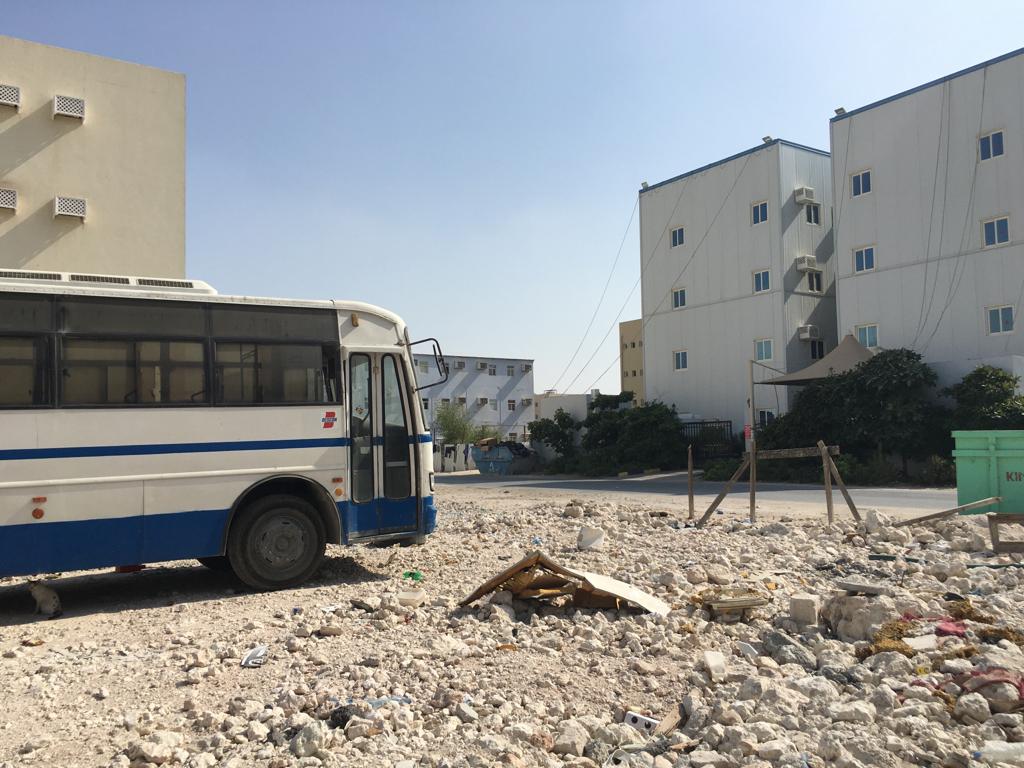 No salary and no food. David, 17, and Paul, 18, worked as security guards during the World Cup, but are now left without a job and accommodation.

It’s the day after the World Cup final and downtown Doha, known as The Corniche, is empty, the majority of fans and media have already packed their bags. In a sign that the Qatari capital is returning to its peculiar brand of normalcy, workers have reappeared to dismantle the fan zone, food trucks and tournament branding. An Indian couple takes a last snap at the waterfront ‘I ❤️ Doha’ sign, seconds later workers remove the heart. It’s a powerful image – are they stripping Doha’s façade?

Does the observation even matter? The media, fans and everyone with a football heart is still revelling in Lionel Messi’s consecration, at last stepping out of the shadow of Diego Maradona with the ultimate twilight-career conquest at Lusail Stadium, the culmination of a four-week global TV spectacular in Qatar. The hosts and FIFA had gotten their dream final.

Qatar and Messi’s immortalisation will forever remain synonymous and that was priceless to organisers. Who cares about migrant workers and the LGBT community now? David, 17, and Paul, 18, watched the final on the big screen at the Corniche’s fan zone. The 120 minutes entertained the pair and took their minds briefly of the gruesome universe of labour abuse they dwelled in Doha as security guards, helping to safeguard the World Cup at some marquee venues. “The match was good and I wanted France to win because I support them…I don’t support Messi. My favourite player is Cristiano Ronaldo, but David was supporting Argentina,” says Paul.

That day the boys from Western Africa were worried about their immediate future: the two months they had worked for their employer, an official Fifa partner, had not been properly remunerated: 1800 riyals in total, despite all of the over hours and endlessly long working days. In Qatar, the monthly minimum wage is 1000 riyals. David and Paul were forced to work on their days off and promises of proper payment never materialised, always turning hollow. David said the company owes him 3000 riyals for his work.

Hours after the final, David was tired and incensed: “We don’t get full payment…what they told us, we haven’t seen anything. They haven’t given us (the money) and want us out of here. They say now leave the camp. They’ll pay us half of our salary, we can’t even afford our rental. Things are very hard on us.”

Instead, the company sought to force David, Paul and other workers out of the accommodation, one of the worst in Qatar after they were moved there from Al Shahaniya where camps have their own dire degree of surveillance, hardship and hopelessness, all part of a larger system of indentured labour. With no money, David and Paul panicked – they would be homeless from one day to the next, on the streets of Doha, the richest capital city in the world. “We are praying for that (accommodation),” says Paul.

They decided to complain and outside their accommodation, David, Paul and their colleagues staged an impromptu protest, an act of defiance in a country where protesting is outlawed and met with unpleasant consequences. In response the company wanted the workers to sign a document in which they agreed to forego pay for the month. The police arrived on the scene “to protect them from us” in David’s view. Paul and David had nowhere to go. On Christmas eve, the company also refused to provide food for those workers that had been ‘dismissed’.

Qatar, in tandem with Fifa and a few international organisations, including the International Labour Organization (whose Doha seat is fully funded by Qatar), have long trumpeted the host nation’s abolishment of the Kafala system, prevalent in the Gulf and which ties workers to their employer. It leaves workers at the mercy of their company, with little or no legal redress. The abolishment of kafala has been a paper reform, a PR gimmick for organisers and Fifa to hide behind. Fifa president Gianni Infantino briefly refereed a match between legends and migrant workers during the tournament – it was another great photo opportunity for the Zurich supremo.

During the competition Josimar, however, found wage abuse, lack of health care coverage, violations of working hours and companies threatening their workers, all of this at multiple World Cup hubs or venues.  Among the workers increased fear reigned. They had no way out just like David and Paul, who says that his country’s ambassador is part of the system and that “he can never help us.” Having never heard anything about NGOs call for a compensation fund, David, after everything he has been through, is adamant: “Come back here? Never ever.”

It’s Christmas in Qatar then for David and Paul with wage abuse, no food on the table and for now an uncertain future in a repressive climate as the stand-off with their employer continues.

Fifa did not reply to a request for comment.