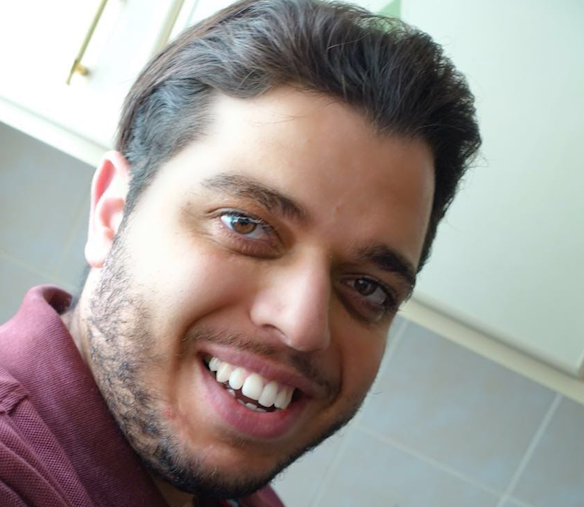 Abdullah Ibhais has gone on a hunger strike. His family has issued a statement calling on Fifa to put pressure on Qatar authorities for a just trial and his immediate release.

Early Monday morning, Abdullah Ibhais was arrested and put in prison in Doha. The Qatari authorities has offered no reason for the arrest. Abdullah told Josimar he believes he was arrested because he had an interview appointment with Norwegian state broadcaster NRK later that same Monday.

Today, Wednesday 17 November 2021, his family distributed the following statement to a number of human rights organisations and media outlets.

–By failing to act, FIFA shares responsibility for Abdullah’s life, safety, and well-being

Abdullah Ibhais, former Media Manager at the Supreme Committee of Delivery and Legacy (SC), the organizing body of the FIFA World Cup 2022 in Qatar, was arrested from his house in Doha for the second time on Monday 15th of November 2021 at 6:00 a.m. Doha local time.

This arrest is unjustified, as his case is still being seen in front of Judge Naser al Dosari of the second circuit of the Doha Court of Appeal. It came despite his good conduct, and the fact that he attended all court hearings, noting he is already under a travel ban enforced by the court, and this is why Abdullah has started a HUNGER STRIKE since his detention.

We, the family of Abdullah Ibhais, (his mother and three siblings), believe that this arrest is only meant to put Abdullah under physical pressure. Therefore, we hold the Qatari Authorities, the SC, and above all FIFA, as responsible for his life, safety and well-being.

We firmly believe in Abdullah’s innocence and ethical conduct, as all proceedings so far confirm Abdullah’s suspicion, which we share, that this case has been nothing but a deliberate attempt by the SC to silence his criticism of abuses against migrant workers in preparation to the World Cup 2022.

Abdullah, as is made clear in the internal conversations that were published by several media outlets, stood up firmly, and refused to cover up such unjust practices against the workers.

Few weeks later, an internal investigation was initiated alleging that Abdullah had a suspicious dealing with a Turkish company applying to a tender at the SC. This was the beginning of a two years journey of extreme injustice that was documented and reported by Human Rights Watch and FairSquare on the 5th of October 2021.

Since Abdullah’s decision to go publically with his case, FIFA has turned a blind eye to his complaint. Abdullah has contacted FIFAs CEO, Gianni Infantino through different direct channels to Infantino and his office, with no reply. Additionally, Abdullah contacted FIFA’s head of human rights department, Andreas Graff. No response was received from Graff either, until a referral was sent to FIFA by Adidas Vice President William Anderson, who gave direct attention to Abdullah’s complaint.

On the 8th of November FIFA issued a reply statement on Abdullah’s Case, a statement we find deceptive, indifferent and vaguely phrased.

1-      The statement claims that “FIFA has duly received the complaint from Mr. Ibhais”. In practice they did not care to receive it until referred by Adidas’s VP.

2-      The statement reads: “We have since been in touch with our Qatari counterparts and on several occasions with Mr. Ibhais”, this phrasing is meant to create the delusion that FIFA has been following the case continuously, while in reality Mr. Graff stopped responding to messages or phone calls by the 5th of October 2021, and has never replied to Abdullah’s emails or to ours.

3-      FIFA did not communicate its statement to Abdullah, nor to his attorney, nor did they send it to Human Rights Watch or FairSquare who have published on the case and have been following it, nor did they publish it on FIFA’s official website.

We are concerned that FIFA’s behavior effectively serves as a green light for the SC to continue with its attempts to silence the voices of criticism through abuse of power, and ill-use of legal tools. In contrast to its stated policy of supporting whistleblowers, FIFA has thus far done nothing to guarantee the fair trial that will ensure Abdullah is granted his freedom.

We demand a serious, prompt and meaningful action from FIFA to stop the extreme injustice put upon Abdullah by the authorities of the country they chose to host the World Cup, to press for a fair trial for Abdullah and for his immediate release – as there is no justification for his detention.

We are not asking for much, we are simply asking for a basic human right that should be a prerequisite in any country that is to host such a global high-level event.