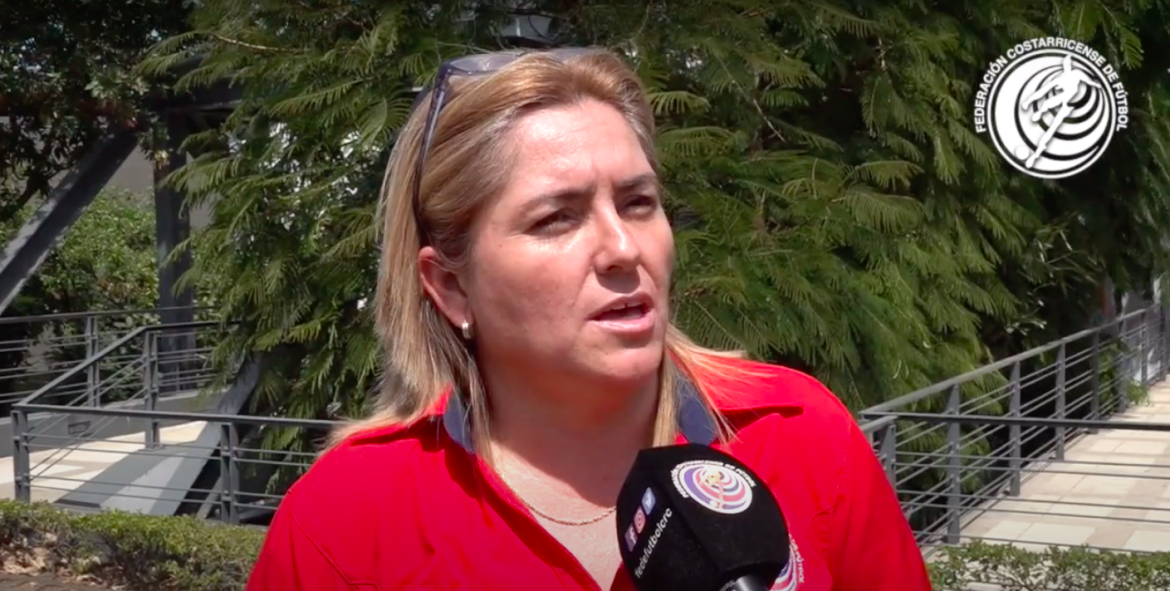 After reporting on a network of sexual favours to promote international referees across all Concacaf, the Confederation of North, Central America and Caribbean Association Football, people are starting to talk openly about decades of abuse and harassment.

10 female referees in Costa Rica made an official complaint to their federation (FEDEFUT) about Patricia Miranda, the leading referee instructor who also has had numerous assignments for Concacaf and Fifa. “She used to salute me with enormous kisses and hugs that made me feel uncomfortable,” a complainant testified . “It wasn’t normal. The kisses were prolonged, noisy, my cheeks wet from her saliva. It disgusted me. She would hold my cheeks in her hands which meant I couldn’t really move away from her. Her hugs were also sexual, her body brushing my breasts.”

In documents seen by Josimar, the other complainants also spoke about being kissed and touched in an inappropriate way, and about all kinds of moral abuse. “In 2020, she called me saying she had pictures and videos of me with someone in the refereeing community. At that time, I was in a relationship with that person, but she indicated to me that I would get into trouble and suffer repercussions if we didn’t stop. She invaded my personal life,” said another referee among several other referees claiming that Patricia Miranda was furious when she learnt they had partners. “She wanted to control our life. She insulted us. It was dreadful.”

Impeding the process
“Patricia offered her services of instructing referees to the Football Federation of Costa Rica as an advisor in several different periods,” confirms Gustavo Araya, the secretary general to Josimar. “She has a contract until June. She first signed a six-month deal last July and it was renewed for six months in December.”

That same December Patricia Miranda was accused in of sexual harassment and abuse of authority by a group of female referees. “At the beginning, we spoke orally to the executive committee,” explained one of the complainants. “It was on 9 December. Nothing happened, so we compiled written, signed testimonies.

“We also had to hire a lawyer as the federation didn’t didn’t respond to our written complaint.”

Since that moment, Roger Duarte Tenorio, a well-known Costa Rican lawyer, took the case and wrote to the federation on behalf of ten complainants and four witnesses. “The goal was to obtain a transparent and impartial investigation for all the referees who made  complaints,” Tenorio says.
“It’s not easy because the federation was impeding the process.”

“There may be details we are unaware of”
On 31 January, another letter was sent to the federation and to several upper-echelon members of Concacaf. “We sent another one on 12 February,” detailed a complainant. “Only one person – Mark Cahen (Concacaf’s manager of refereeing) –  answered to say that he received it and wished us a good night. That’s it. We never heard back from Concacaf.”

Contacted by Josimar, a Concacaf spokesperson admitted that the confederation “is not involved and there may be details we are unaware of […] Having looked into this matter, it is our understanding that this is ongoing in Costa Rica. We do not routinely get involved in employment and HR matters in individual member associations, but of course would generally encourage anyone with concerns to raise them with Concacaf and Fifa.”

However, when ten referees wanted to share their concerns with Concacaf, they only received three words: “Good night, received!”

Patricia Miranda is still employed by Concacaf and is travelling around the confederation to give classes, like she recently did in El Salvador where she joined her good friend Rodolfo Sibrian, who is also accused of sexual harassment. “She’s not an employee of Concacaf but has in the past been an instructor at Concacaf courses,” a CONCACAF spokesperson said. “However, she has not done so in 2022.” When confronted by Josimar on why Patricia Miranda was in El Salvador in May 2022 giving referee classes, no answer was given.

A commission against sexual harassment
In Costa Rica, the complaint written by the lawyer pushed FEDEFUT to act. “The federation didn’t delay the opening of an investigation,” answered the secretary general Gustavo Araya when he was asked about why the process took so long from the first complaint to the ongoing procedure. “That statement is completely biassed and incorrect. The formal complaint was presented with all the facts on 31 January 2022. It took only three days to form a commission.” Araya was referring to the commission against sexual harassment established by the federation a year before.

The ten referees and their lawyer have contested a number of issues. “We made a protection appeal to the fiscalia (main justice) for a number of procedural breaches, including suspending witness statements and conflicts of interest during the process of the investigation,” lawyer Roger Duarte Tenorio says.
“The federation repeatedly suspended the hearings of the referees.” One day, the hearing was suspended because Patricia Miranda’s lawyer claimed her client was sick. But the very next day, Patricia Miranda travelled to El Salvador on official duty. “We also had trouble because they refused to hear some of our witnesses,” claimed a complainant.

FEDEFUT appointed Aida Vargas Salazar to preside over the hearings on sexual harassment. The group of referees and their lawyer objected to this. Their objection was not heard, which disappointed a lot of people, including employees inside FEDEFUT.
“Aida is one of Patricia Miranda’s friends. It’s a shame. They can’t name her to lead this case, it’s not fair,” says one internal source.

Finally, after a month’s delay, the hearings of the referees started Tuesday morning. The same day Patricia Miranda gave an interview to the local newspaper Diario Extra. She denied all the claims– the forced kisses, the gesture, inappropriate behaviour, harassment and abuse of authority – and stated that “at a moment, I told myself  ’my God, I can’t endure anymore, I want to kill myself’.”

The results of the hearings are not expected soon, but other cases involving sexual abuses are floating around Costa Rican football. “You just opened Pandora’s Box,” an alleged victim says.